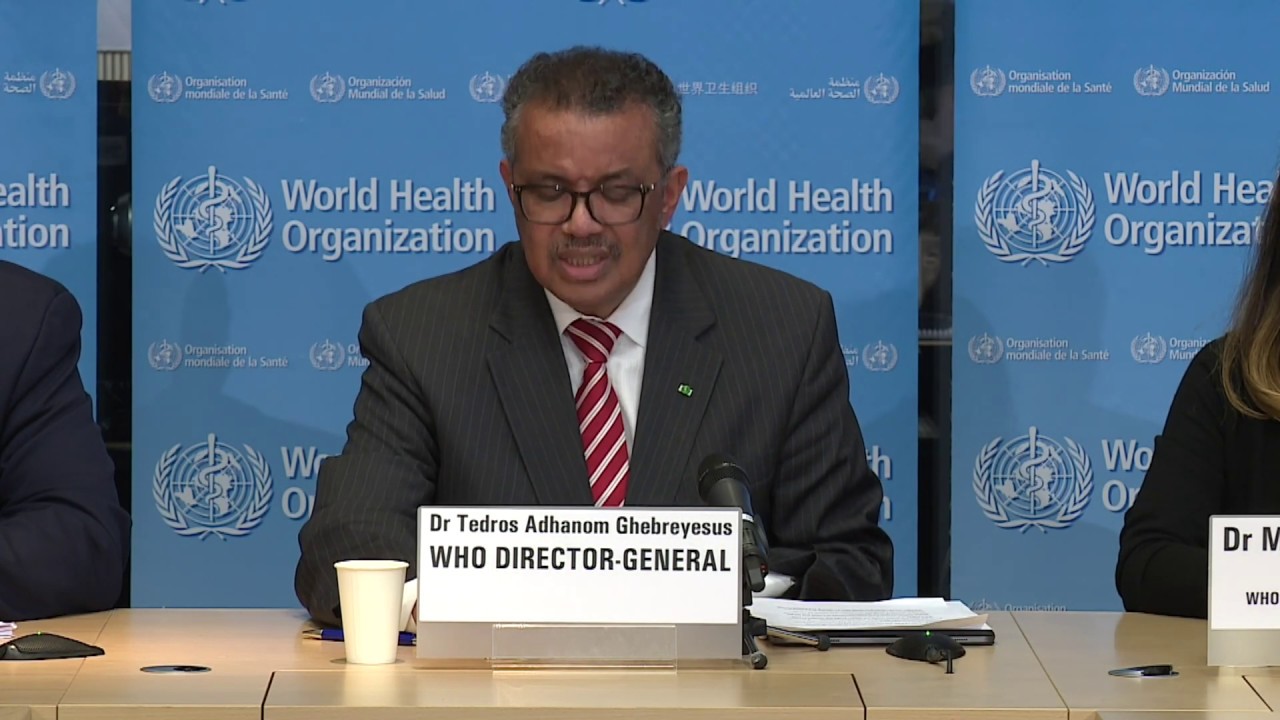 Speaking at the daily COVID-19 media briefing from WHO HQ on 11 March 2020, Dr Tedros, WHO Director-General said:
“WHO has been assessing this outbreak around the clock and we are deeply concerned both by the alarming levels of spread and severity, and by the alarming levels of inaction.We have therefore made the assessment that COVID-19 can be characterized as a pandemic.Pandemic is not a word to use lightly or carelessly. It is a word that, if misused, can cause unreasonable fear, or unjustified acceptance that the fight is over, leading to unnecessary suffering and death.Describing the situation as a pandemic does not change WHO’s assessment of the threat posed by this virus. It doesn’t change what WHO is doing, and it doesn’t change what countries should do. We have never before seen a pandemic sparked by a coronavirus. This is the first pandemic caused by a coronavirus. And we have never before seen a pandemic that can be controlled, at the same time.”