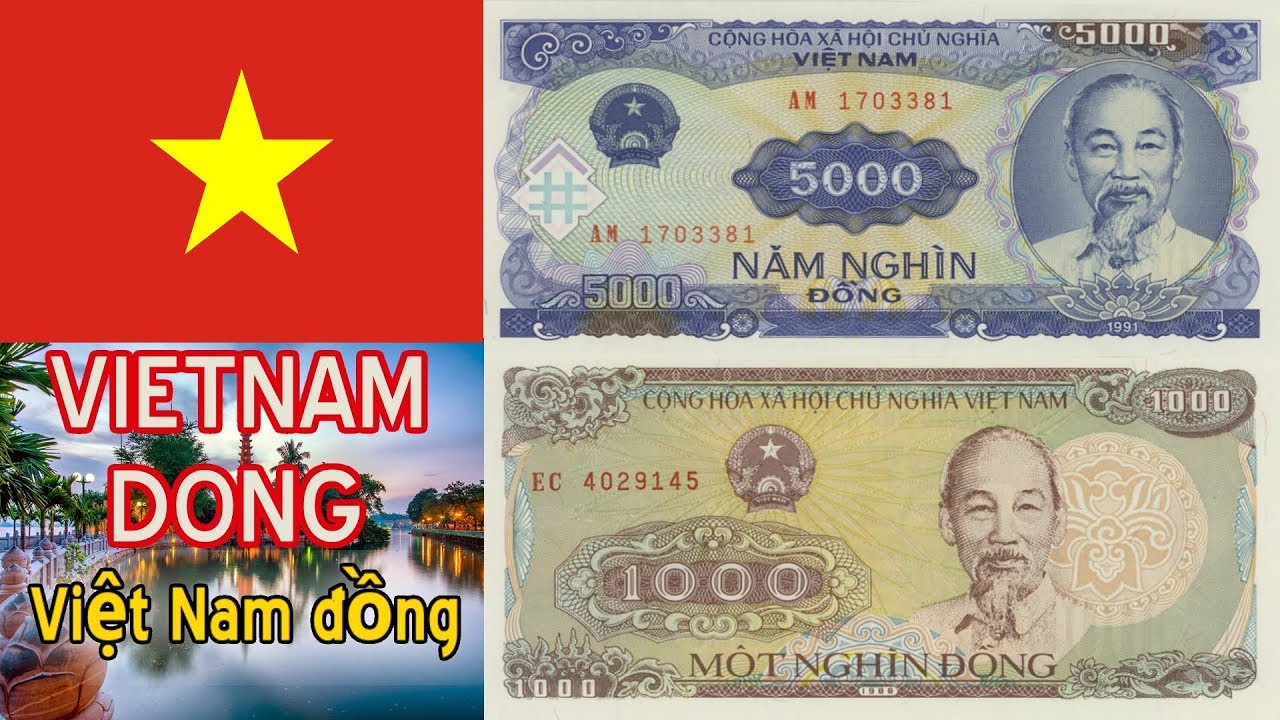 SUBSCRIBE
MORE VIDEOS:
The Vietnamese đồng has been the currency of Vietnam since May 3, 1978. Issued by the State Bank of Vietnam, it is represented by the symbol “₫”. Formerly, it was subdivided into 10 hào, which were further subdivided into 10 xu, neither of which are now used. Since 2012 the use of coins has decreased greatly, and since 2014 coins are generally not accepted in retail, but will still be accepted in some, but not all, banks
the word đồng is from the term đồng tiền (“money”), a loanword from the Chinese tóng qián The term refers to Chinese bronze coins used as currency during the dynastic periods of China and Vietnam. The term hào is a loanword from the Chinese háo meaning a tenth of a currency unit. The term xu comes from French sous meaning “penny”.
In 1946, the Viet Minh government (later to become the government of North Vietnam) introduced its own currency, the đồng, to replace the French Indochinese piastre at par. Two revaluations followed, in 1951 and 1958;
After Vietnam was reunified, the đồng was also unified, on May 3, 1978. One new đồng equalled one Northern đồng or 0.8 Southern “liberation” đồng.
On September 14, 1985, the đồng was revalued, with the new đồng worth 10 old đồng. This started a cycle of chronic inflation that continued through much of the early 1990s
In 2003 Vietnam began replacing its cotton banknotes with plastic polymer banknotes, claiming that this would reduce the cost of printing.Many newspapers in the country criticized these changes, citing mistakes in printing and alleging that the son of the governor of the State Bank of Vietnam benefited from printing contracts. The government clamped down on these criticisms by banning two newspapers from publishing for a month and considering other sanctions against other newspapers. Even though the 2003 series banknotes listed in the table below have now completely replaced the old notes of the same denominations, as of 2015 the cotton fiber banknotes of 200, 500, 1000, 2000 and 5,000 đồng still remain in wide circulation and are universally accepted.[
In the Vietnamese language, “đồng” can be used as a generic term for any currency by adding the name of a country as a qualifier. This practice is more common for more esoteric units of currency.
In present-day Vietnam, một ngàn / một nghìn (one thousand) is widely understood as one thousand đồng
The Front of the 1000 Dong Banknote. It is also referred to as the “Mot Nghin Dong”. This Note is multicolour on a lime background. On the Back, the 1000 Dong Banknote shows “Lumber production”. The size of this Banknote is 134 mm x 65 mm. This Banknote was issued in October 1989. The value of this
1,000 Vietnamese dong equals 0.043 United States Dollar
1,000 Vietnamese dong equals 0.038 Euro
The Front of the 5000 Dong Banknote. It is also referred to as the “Nam Nghin Dong”. This Note is blue in colour and its size is 134 mm x 65 mm.
On the Back, the 5000 Dong Banknote shows the “Tri An hydropower plant”. This Banknote was issued in August 1993. (The Tri An Dam is a hydro-electric dam situated on the Dong Nai river in Vinh Cuu, Dong Nai, Vietnam, The dam has a man-made water reservoir lake known as the Tri An Lake).
5,000 Vietnamese dong equals 0.21 United States Dollar
5,000 Vietnamese dong equals 0.19 Euro.