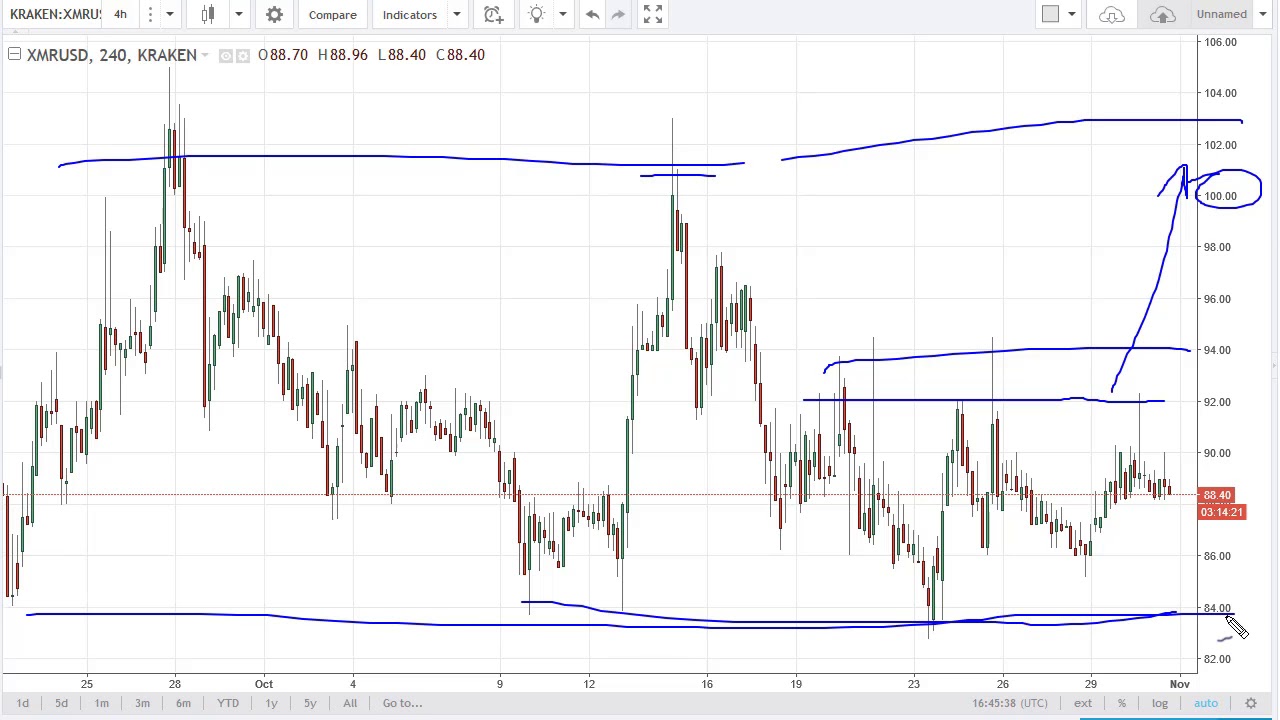 Monero continues to be very volatile, as the $90 level has offered resistance again. This is a market that has resistance extending to at least the $94 level, so I think that every time we rally, it’s likely that we will drift a bit lower. The $85 level underneath should be supportive, and at this point I feel that we are consolidating more than anything else. This consolidation should send the market higher over the longer term, but I believe that we are essentially “base building” in the meantime. That should continue to attract to longer-term traders, but right now it’s not quite ready to go to the upside. If the US dollar continues to strengthen, we could drop from here, perhaps reaching towards the $80 handle. Longer-term though, my suspicion is that we will eventually break out to the upside, and that this is going to be considered a nice buying opportunity. Eventually, I anticipate that the market is going to go to the $100 level above, which should be massively resistive as it is a large, round, psychologically significant number, and has shown itself to be important in the past.

I suspect that the best way to trade Monero is to build slowly. There’s no need to jump in with both feet, because quite frankly it looks like it is going to take its time. However, once we do get a breakout, it’s time to start adding rapidly, as it could be a rather volatile and more importantly, Swift move. If we were to break above the $100 level, the market should go much higher, perhaps reaching towards the $115 level next. The markets will continue to be volatile, but longer-term traders are going to take advantage of the overall health.